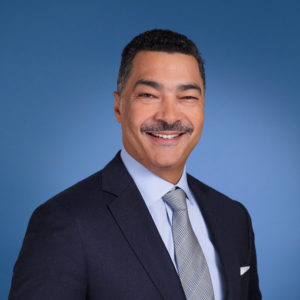 Brett J. Hart is executive vice president, chief administrative officer and general counsel for United. In this role, Brett is responsible for managing the company’s legal and environmental affairs, corporate security, corporate real estate worldwide, corporate communications, community affairs, government affairs, and regulatory and international policy for the airline, reporting directly to CEO Oscar Munoz.
Prior to joining United in 2010, Brett was executive vice president, general counsel and corporate secretary at Sara Lee Corporation, where he directed global legal operations for the corporation. After joining Sara Lee in 2004 as assistant general counsel, Brett held positions of increasing responsibility including deputy general counsel and global compliance officer.
Prior to Sara Lee, Brett was a partner at Sonnenschein Nath & Rosenthal in Chicago. Before that, he served as special assistant to the general counsel at the U.S. Department of Treasury in Washington, D.C.
Brett is a member of the Board of Directors at Abbvie. He is active in several philanthropic, educational and not for profit organizations. Among others, Brett serves on the board of the Chicago Urban League, the Obama Foundation Inclusion Council, the Chicago Council on Global Affairs, the board of Navy Pier, and serves as Chair of the Metropolitan Pier and Exposition Authority Board.
Brett received his bachelor of arts degree in philosophy and English from the University of Michigan and a juris doctorate degree from the University of Chicago Law School. He is married and has three sons.